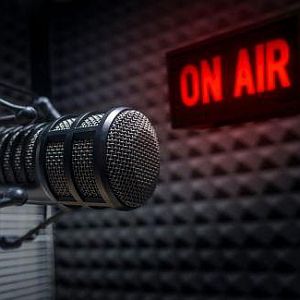 The UK’s first permanent small-scale DAB multiplex fires up this week marking another milestone in the UK’s radio landscape.

Test broadcasts on the first permanent small-scale DAB multiplex will start in Tynemouth and South Shields this week. Tests will continue until Friday 10th December when up to 20 new radio stations begin broadcasting at 7am.

The switch-on takes place nine months after the licence was awarded to MUX ONE and is the first permanently licensed small-scale DAB multiplex to take to the air in the UK. The mux will have the potential to broadcast to over 380,000 adults across Tyneside & Wearside.

“This is a wonderful achievement and we are so proud to be able to help lead the way. Being first is very special but leading something brings challenges as new paths and processes have to be found and we’ve certainly had many hurdles to jump. I’m sure it wasn’t easy for Armstrong, Hillary and Bannister either.

““It may be very early stages but it is fantastic to see how community radio has embraced small-scale DAB. We deliberately doubled the amount of reserved slots on the multiplex for community broadcasters yet we still have a waiting list.

“The most pleasing aspect is how many new services have been created for the new platform. We have two brand new stations that focus on mental health, two that serve the football fan community, two for the LGBTQ+ community and two for the elderly and care home community. There are several new music stations, one that helps launch unsigned artists and a brand new station that provides contemporary worship for teenagers and our Asian community is also served. It’s huge choice.”

“MUX ONE’s new service will broadcast to around 400,000 people bringing with it huge choice and diversity to North East radio sets. New stations include services focussing on the elderly and senior, LGBT+ and BAME communities as well as football fan stations and a host of new commercial music stations including national radio stations that currently cannot broadcast to the region. The new system brings huge choice.”

Other stations that will be on, on or soon after launch:

Mark Nichols Chair of Pride Radio, one of the stations to be broadcasting on the new multiplex, said:

“We’re really excited to bring Pride Radio to North & South Tyneside. We already have a presence in the area through our FM and online broadcasts and small-scale DAB will widen the choice of platforms for our listeners in the area. It also represents an opportunity to open up to the business community, and to promote business and services in North and South Tyneside to a wider audience.

“We have a fantastic launch event planned for Friday 10th December when Pride Radio will be broadcasting from 7am all day from the South Shields Nexus Ferry service. The boroughs of North and South Tyneside are separated by the River Tyne and joined by the ferry. Our Breakfast Show will be coming live from the ferry and we will be joined by not only the passengers but also special guests such as the local mayor and other figures. It will be a day of celebration for the region, Pride Radio, and the new multiplex.

“The launch on DAB comes after a difficult period with the pandemic but, on the other hand, Pride Radio won Community  Radio Station of the Year in the 2021 Community Radio Awards and so getting on to the first permanent SSDAB multiplex is the final cherry on the cake – or even the cherry on the parfait if you like.”

“Pride Radio is an LGBTQ+ station but everyone is welcome to listen as the station is all about breaking down barriers to be more inclusive of the whole community. Pride Radio will be continuing the celebrations starting on Monday 13th December with our ‘DAB-a-Day Giveaway’. We have partnered with Pure Radio to give out some DAB+ radio receivers every day of the week to some of our lucky listeners. And work continues on getting the Newcastle & Gateshead multiplex commissioned which is planned to launch in 2022″.

“We are really excited to be part of the Tynemouth & South Shields SSDAB platform. It’s been a pleasure working with Dave and his team at MUX one, who we thank for the opportunity and we are so very proud that this revolutionary new platform for community broadcasters like ourselves is the first to be launched in the UK and it’s right here in our beloved  North East!“

“Keep it Nova all over. Being on the South Shields mux is a great opportunity for us. We plan to go live in January. Throughout December, we’ll be focussing our efforts on our studio move and expansion to two studios to meet the demand in the increased numbers of our presenters.

“We look forward to giving more people from around the region a voice and expanding our programming output to a wider audience.

“ Nova has grown a lot in the past 5 years. Starting as an online station and then merging with NE1-FM 2 years ago. We were able to broadcast on FM and shortly expanding to DAB. A big thank you Dave Roberts for his hard work”.

Though Tynemouth &  South Shields will be the first multiplex to launch in the UK, MUX ONE has already started work on preparing applications for more North East areas with a particular focus on expanding small scale DAB into both Durham and Teesside.